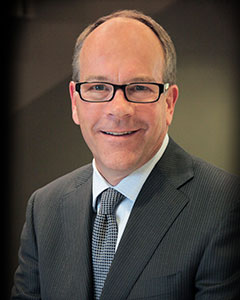 The keynote speaker was Brian Wesbury.

Mr. Wesbury was a member of the Academic Advisory Council of the Federal Reserve Bank of Chicago from 1999-2007 and has been a regular attendee of the Economist Roundtable Luncheon at the Chicago Fed since 2007. In 2012, he was named a Fellow of the George W. Bush Presidential Center in Dallas, TX where he worked closely with its 4%-Growth Project. His writing appears in various magazines, newspapers and blogs, and he appears regularly on Fox, Bloomberg, CNBC and BNN Canada TV.

In 1995 and 1996, he served as Chief Economist for the Joint Economic Committee of the U.S. Congress. The Wall Street Journal ranked Mr. Wesbury the nation’s #1 U.S. economic forecaster in 2001, and USA Today ranked him as one of the nation’s top 10 forecasters in 2004.

Mr. Wesbury received an M.B.A. from Northwestern University’s Kellogg Graduate School of Management, and a B.A. in Economics from the University of Montana. McGraw-Hill published his first book, The New Era of Wealth, in October 1999. His most recent book, It’s Not As Bad As You Think, was published in November 2009 by John Wiley & Sons.

In 2011, Mr. Wesbury received the University of Montana’s Distinguished Alumni Award. This award honors outstanding alumni who have “brought honor to the University, the state or the nation.” There have been 267 recipients of this award out of a potential pool of 91,000 graduates.

The mission of the Indiana State University Investment Club is to provide for its student members valuable educational and practical experience in the analysis and management of diverse investment portfolios. In conjunction with guidance from academic experts and industry professionals, members will gain the confidence and experience necessary to apply their learned skills in the field of professional financial management.